Party in the Park

In October 2017, City Council approved the Morning Rotary Club’s proposal to build a new basketball pavilion at Old Fair Park. The Morning Rotary Club raised all of the funds over the past two years and recently completed the project. There will be a ribbon cutting on Friday, February 21, 2020, at 4:00 p.m. to officially open the courts. After the ribbon cutting, there will be a Party in the Park with games and music to break in the new pavilion. The covered pavilion includes two full sized basketball courts and restrooms. One of the courts has also been striped for pickleball. A separate new batting cage was also included. The facility will mainly be a first come, first serve facility but limited reservations will be allowed. The Morning Rotary Club is continuing to raise funds to replace the playground equipment in the future as well. For more information, contact Park Headquarters at 830-997-4202. 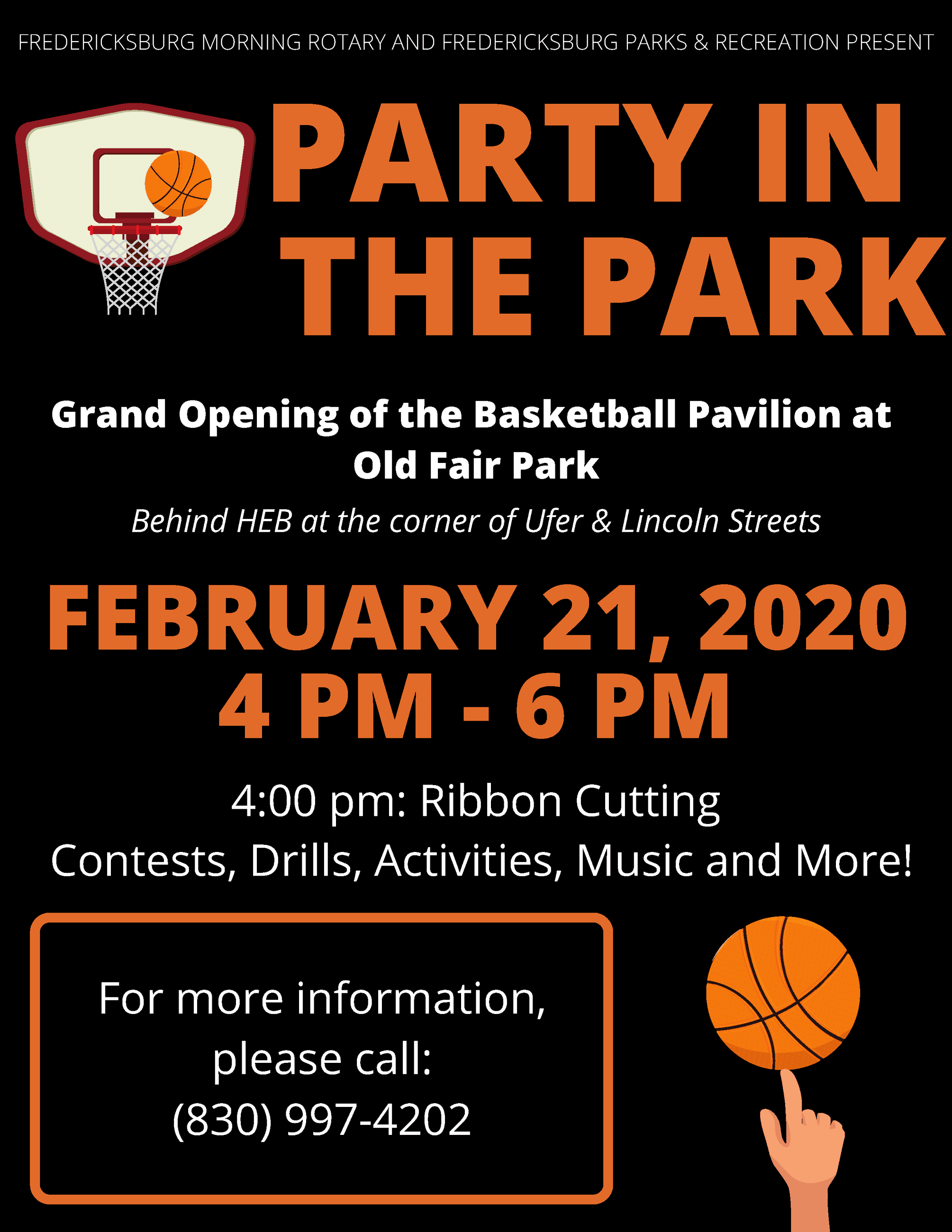