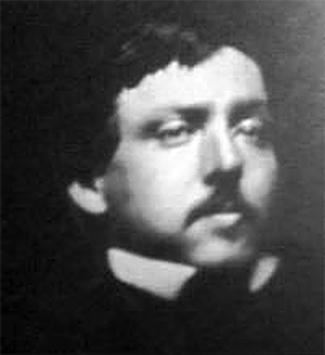 WHO WAS MARTIN SCOTT?

Written by an anonymous writer.

When Seth Eastman founded the post in December of 1848, he called it “Camp Houston.” By the time the order came naming frontier posts after officers killed during the late war with Mexico, in December of 1849, the camp was usually referred to simply as “camp near Fredericksburg.”

Martin Scott was born January 17, 1788, in Bennington, Vermont. He enlisted in the “Green Mountain Boys” when the War of 1812 broke out. He left the service after the war but reentered the army with an ensign’s commission in 1814. In 1821 he was transferred to the 5th infantry. He was promoted to Captain in 1828 and to a Major in 1846. A Mexican bullet killed him during the assault on Molina del Rey on September 8,1847, after having been cited for gallantry at Palo Alto, Resaca de la Palma, and Monterey.

Captain Martin Scott spent much of his career at frontier posts in the Northwest, and is mentioned in the journals and autobiographies of many who met him. Joseph LeConte met him at Ft. Mackinac and stated that he “was an interesting man, with strong, alert, athletic figure, bright, eager, keen grey eyes, and ruddy face, bronzed by long exposure. He was a great disciplinarian, and the fort was clean and orderly in the extreme.”

He was best known as a marksman and a hunter. He killed his first bear at the age of twelve, and by the 1820’s had a reputation for being the best shot in the service. A common phrase of the period was “Martin Scott’s coon,” referring to an oft-repeated story about a raccoon who simply “gave himself up” when found out who he was being hunted by. He married late, and hunting and shooting sports were apparently his passion. He always had a good horse, a pack of hunting dogs, and a servant to care for them. It is said that one of his favorite shooting tricks was to toss two potatoes in the air, one after the other. When the paths of the two crossed in mid-air, Scott would shoot, putting one bullet through both potatoes. The book Early Mills of Texas says that a soldier from Ft. Martin Scott amazed Mormons and Indians at Zodiac with this trick, which he had learned from the Captain.

Captain Martin Scott was never popular with other officers. He was uneducated and thought stingy, though he never told anyone that he sent much of his paycheck to Vermont to his mother and sister. Worst of all, the Captain did not drink or gamble, and so was labeled anti-social. The snubbing eventually provoked Scott to announce that, the next person who insulted him, would be challenged to a duel. The officers found a willing antagonist in a lieutenant named Keith, and a duel was arranged. Both men fired, Keith being shot through the chest and Scott through the bowels. Both men survived, but apparently no one dared provoke Captain Scott after this incident.

There was never any question about Martin Scott’s bravery. He was brevetted Lieutenant Colonel for gallant and meritorious conduct at Monterey. At the battle of Cerro Gordo he was warned to be more careful of the bullets, but must not have heeded the advice, as he shortly fell from his horse with a bullet through the heart. After the war, his remains were removed to Bennington.