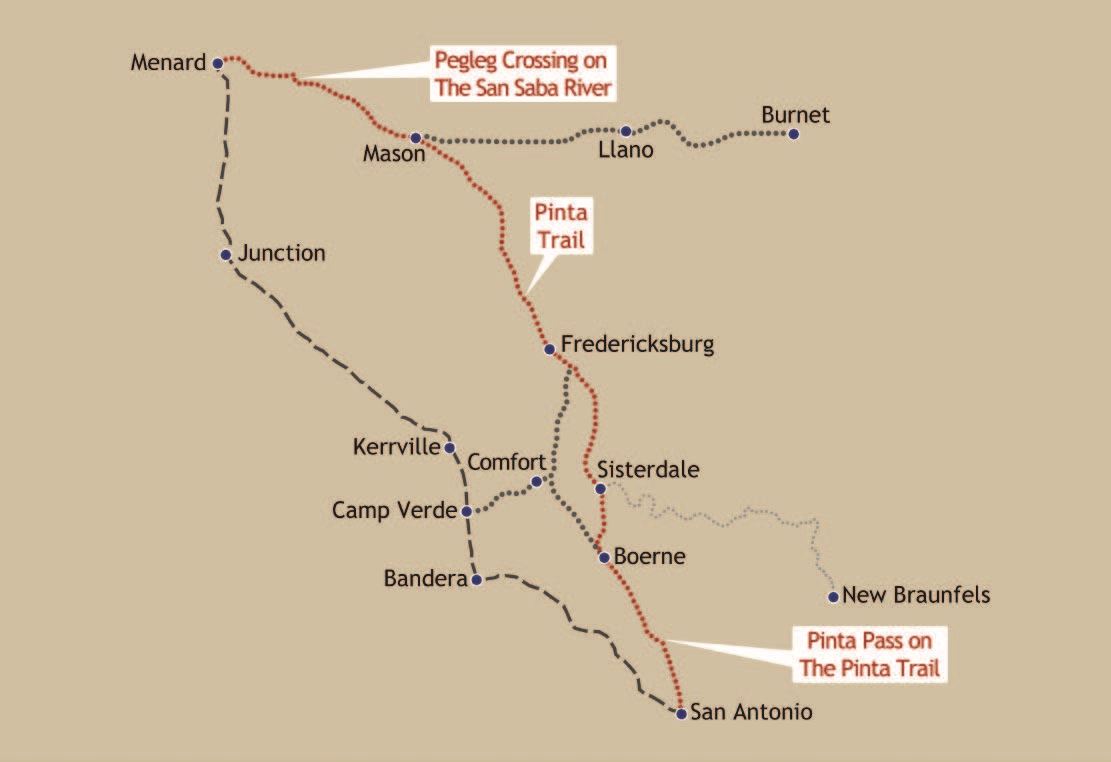 Map of the Pinta Trail.

Native Americans, explorers, and settlers used the Pinta Trail for travel from San Antonio to points west. The trail was the primary route to the Presidio San Luis de las Amarillas, now better known as Presidio of San Sabá, which was founded in April 1757, near present day Menard, Texas. The Spanish continued to use this trail to reach Santa Fe into the 19th century. After German immigrants established New Braunfels in 1845, they forged onward to found Fredericksburg using a trail that looped south from New Braunfels and connected with the Pinta Trail above San Antonio, converting the trail to a road for European settlers. In January 1847 Ferdinand von Roemer rode the Pinta Trail traveling with John Meusebach to the six-month old village of Fredericksburg and onward to the Presidio San Sabá. The Pinta Trail entered Gillespie from the south along the Grape Creek drainage, continuing northwest, it crossed the Pedernales at the first inverted horseshoe-bend east of Baron’s Creek, north of today’s U.S. Highway 290 near the site of the Mormon colony of Zodiac. It appears that the trail originally passed Fredericksburg a short distance to the east, but the town’s founders built roads through their settlement one of which connected to the Pinta Trail at Fort Martin Scott. The Pinta Trail became known as the Upper Emigrant Trail used by the Forty-Niners on their way to the California gold fields and Fort Martin Scott was their guardian.